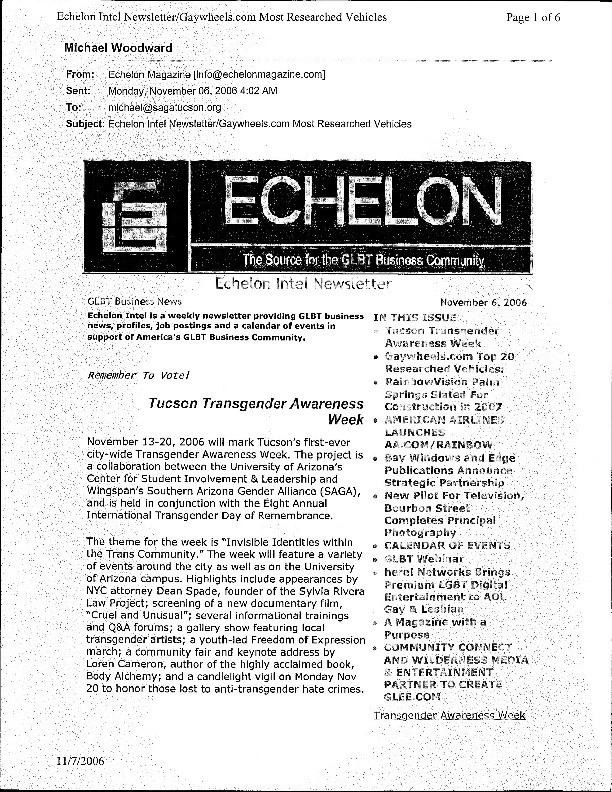 This document is a printed email from C. Michael Woodward, President of the Southern Arizona Gender Alliance. What is shown from the email is the first page of the Echelon Magazine Intel Newsletter, which advertises the 2006 Tucson Transgender Awareness Week in short form. No stories or fluff, just a brief overview of the events, as well as the two organizations primarily responsible for the events: SAGA and the University of Arizona's Center for Student Involvement and Leadership. The rest of the email and newsletter are not included.

This resource relates to all other advertisement for the 2006 Tucson Transgender Awareness Week.

Newsletter within an email

Echelon Magazine was "The Source for the GLBT Business Community," so most likely middle-to-upper class queer Americans. The email was sent by Echelon to C. Michael Woodward.